Choose The Best Option For Used VS New Car

One of the first things any buyer considers when loaning cars, or at least should consider, is whether or not their purchase is to be of a brand new car, a refurbished car or a used car.

Each approach has its own variety of benefits and issues that come with them, and depending on the situation there may not be any ‘right’ answer, just one that suits you as a customer in particular.

Regardless of the choice though, the best thing one can do is simply to be informed and gain the best knowledge of auto finance to make a decision they won’t regret.

The Benefits of Buying A Used Car

One of the more notable advantages to used cars is the registration fees.

These can be pretty hefty for newer cars, and thankfully only go down the more the vehicle’s age is. If your area calculates registration fees by age, this is a nice way to save on some money, especially when combined with reasonable used car loans.

Unlike standard cars bought through a dealership that can instantly lose quite a bit of value, standard used cars take a significantly smaller hit. In fact, if you can end up buying smartly and picking out the best sellers, in some cases it’s even possible to turn a profit.

This is only an ideal case but in general it’s something important that can be kept in mind, as even at the worst of getting a purchase that turned sour later down the line, the cost for it can be recouped without too much issue.

As one might expect, the cost of any used car tends to be notably lower than any new cars, regardless of age in general. However not only is the cost for the actual purchase lower, but also the continued cost of insurance and taxes also effectively becomes lower.

Due to the rather notable difference in cost, it can be worthwhile to forgo some quality if the requirement is simply to get an affordable car without too much hassle.

The Benefits of Buying A New Car

Since it’s a given that they’ve driven far less compared to used ones, and the technology they’re made with is generally improved as well, their overall lifespans can end up notably longer in comparison. If you can get a few more years out of your car, that’s only to your benefit.

As one might expect, used cars don’t tend to come with warranties, but new cars can come with full warranties that cover the entire cap from front to back. These can cover a large period of time lasting potentially over a decade or for a high quantity of miles covered.

Despite the general thought that used cars are always going to cost less, new cars can do the same, and you can actually get cheap finance for your cars.

If bought smartly, they can actually end up costing you less over an extended period of time depending on the amount of use and the car itself. Car financing in Canada for new cars especially is a difficult prospect so this can help majorly over time.

The way new cars work is that they have the newest quality engines and motors that not come with new tech but also haven’t degraded at all, which ensures that every gallon of gasoline is used effectively in the car.

There’s a special solution that takes some benefits from both sides of the spectrum and gives another option, certified pre-owned cars(CPO). These are usually not in consideration as much by standard customers, but can end up being a much better deal overall.

These cars are usually used little, being fairly recent and have low miles. These generally do come with warranties, no confirmed history of any major accidents, and are even cheaper than standard new cars, making them an excellent solution if you can’t quite deal with the disadvantage of one or the other. 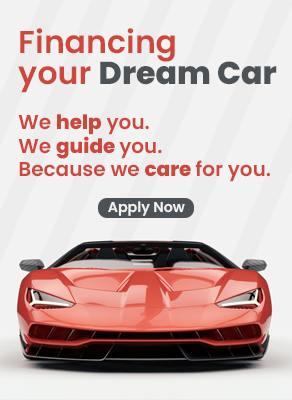